Neurocutaneous melanosis: surgical pathological features of an apparently hamartomatous lesion in the amygdala

Neurocutaneous melanosis (NCM) is a rare, congenital phakomatosis characterized by the presence of congenital melanocytic nevi and a benign or malignant pigmented cell tumor of the leptomeninges of the CNS. Here the authors report the surgical pathological features of a lesion in the left amygdala in a 10-year-old girl with giant congenital pigmented nevi and mesial temporal lobe epilepsy. The lesion exhibited high intensity on T1-weighted MR images and low intensity to isointensity on T2-weighted images. A left anterior temporal lobectomy and hippocampectomy were performed. Histologically, the lesion was composed of melanin-containing polygonal cells arranged in solid alveolar or multiple lobular patterns. Immunohistochemically, the cells were immunoreactive for HMB45, S100 protein, and vimentin, the profiles being consistent with those of melanocytes. Bundles of astrocytic processes surrounded the nests of melanocytes. Melanin-containing and dysmorphic neurons were also scattered near the nests. In the temporal neocortex adjacent to the amygdaloid melanocytic lesion, cortical dysplasia with cortical laminar disorganization was evident. Based on the histopathological features, the parenchymal lesion appeared to be hamartomatous in nature rather than a neoplasm, involving aberrant migration of melanocytes into the developing neuroepithelial tissue. This case appears to represent an unusual CNS manifestation of NCM. 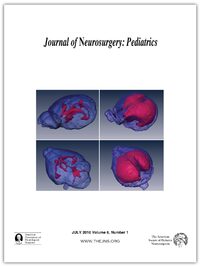