In this report, the authors describe 4 recent cases of posterior giant dural venous sinus ectasia in neonates diagnosed during pregnancy and encountered at 3 different institutions. Posterior giant venous sinus ectasia was diagnosed in 4 patients using antenatal ultrasonography and confirmed in 2 patients using prenatal MR imaging and in 3 patients using postnatal MR angiography. In 2 children angiography was performed at the age of 6 months. The pregnancy was terminated in 1 case, and the fetus underwent an autopsy. The 3 children who were born presented with various degree of cardiac insufficiency and were admitted to the intensive care unit after birth. Signs of increased intracranial pressure were present immediately after birth, including a bulging fontanel. No endovascular treatment was used in these cases. Surgery was performed in 2 cases as an attempt to alleviate increased intracranial pressure symptoms, without any real benefit. A slow venous flow in the ectasia was shown by ultrasonography in the case in which the pregnancy was terminated. Angiography or MR angiography did not show an obvious arteriovenous malformation in any of the cases, but an arteriovenous fistula secondary or contributing to the formation of the venous ectasia is one of the physiopathological hypotheses of the cause of this condition. Interestingly, spontaneous progressive thrombosis and regression of the intravascular component of the venous sinus ectasia was observed in all cases. The clinical outcome was acceptable in 1 child (who had a moderate handicap after the surgery) and good for the other 2 children (who had normal neurological development). Stratified thrombi of different ages are found in these giant venous ectasias and develop within the leaves of the dura close to the confluence of the major posterior venous sinuses. Therefore, it appears that the formation of a progressive thrombosis represents the normal evolution of these giant dural venous sinus ectasias, which explains the favorable outcome in some cases without specific surgical treatment, except for resuscitation techniques. 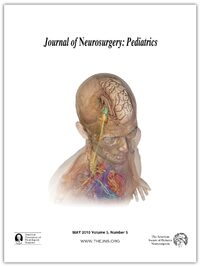