Unstable pediatric cervical spine injuries present significant challenges in terms of fixation. Given the smaller cervical vertebral bodies in the preschool-aged population, commercially available pediatric cervical fixation instrumentation may be unsuitable because of the inappropriately large size of the screws and plates. The authors describe a 2-year-old girl who sustained an unstable C6–7 distraction injury during a motor vehicle accident. Because of the small size of her vertebral bodies, standard cervical spine instrumentation was not feasible, and posterior wiring alone was believed to be insufficient because of the complete distraction of all 3 spinal columns. The patient was taken to the operating room where craniofacial plates with an inherent locking mechanism were used to circumferentially stabilize the cervical spine. Follow-up examination 6 months postoperatively demonstrated stable cervical spine alignment and fusion with no evidence of the failure of either the anterior or posterior hardware. The use of craniofacial miniplates with an intrinsic locking mechanism represents a superior alternative for both anterior and posterior cervical fixations when spinal instrumentation is needed in the pediatric age group. 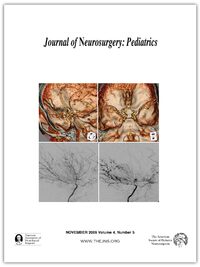