Long-term stability of fusiform dilatation of the internal carotid artery following surgery adjacent to the circle of Willis: report of 2 cases

Fusiform dilatation of the internal carotid artery (FDCA) is a known postoperative imaging finding after craniopharyngioma resection. FDCA has also been reported following surgery for other lesions in the suprasellar region in pediatric patients and is thought to be due to trauma to the internal carotid artery (ICA) wall during tumor dissection. Here, the authors report 2 cases of pediatric patients with FDCA. Case 1 is a patient in whom FDCA was visualized on follow-up scans after total resection of a craniopharyngioma; this patient’s subsequent scans and neurological status remained stable throughout a 20-year follow-up period. In case 2, FDCA appeared after resection and fenestration of a giant arachnoid cyst in a 3-year-old child, with 6 years of stable subsequent follow-up, an imaging finding that to the authors’ knowledge has not previously been reported following surgery for arachnoid cyst fenestration. These cases demonstrate that surgery involving dissection adjacent to the carotid artery wall in pediatric patients may lead to the development of FDCA. On very long-term follow-up, this imaging finding rarely changes and virtually all patients remain asymptomatic. Neurointerventional treatment of FDCA in the absence of symptoms or significant late enlargement of the arterial ectasia does not appear to be indicated. 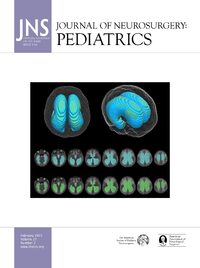