Aneurysmal bone cysts (ABCs) are an uncommon entity predominantly encountered in the pediatric population. The skull is rarely involved, but these cysts have been reported to arise in the skull base. Traditional treatment has been with surgery alone; however, there is a gathering body of literature that reports alternative treatments that can achieve long-term disease-free survival. However, these therapies are predominantly directed at peripheral skeletal lesions. To the authors’ knowledge, this report is the first to describe long-term follow-up of the efficacy of Gamma Knife stereotactic radiosurgery for treatment of ABC residuum in the skull base that resulted in long-term patient stability and likely ABC obliteration. 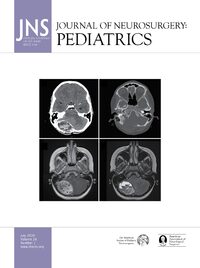