Small-bowel obstruction (SBO) and volvulus as a result of ventriculoperitoneal shunting are a rare phenomenon, especially when resulting in bowel necrosis. The authors report the rare event of SBO, bowel strangulation, and necrosis in a pediatric patient after the abdominal catheter became knotted around his small bowel, and they provide a comprehensive review of the literature. The authors argue that shunt configuration is an important consideration for a patient presenting with SBO, and that symptomatic shunt knotting is a reason for surgical correction. 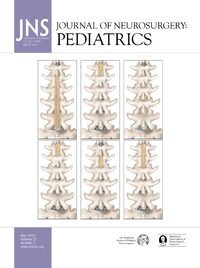