A subset of hydrocephalic patients in whom shunts are placed at an early age will develop craniocerebral disproportion (CCD), an iatrogenic mismatch between the fixed intracranial volume and the growing brain. The lack of a reliable, reproducible method to diagnose this condition, however, has hampered attempts to treat it appropriately. For those practitioners who acknowledge the need to create more intracranial space in these patients, the lack of agreed-upon therapeutic end points for cranial vault expansion has limited the use of such techniques and has sometimes led to problems of underexpansion. Here, the authors present a definition of CCD based primarily on the temporal correlation of plateau waves on intracranial pressure (ICP) monitoring and headache exacerbation. The authors describe a technique of exploiting continued ICP monitoring during progressive cranial expansion in which the goal of distraction is the cessation of plateau waves. Previously encountered problems of underexpansion may be mitigated through the simultaneous use of ICP monitors and gradual cranial expansion over time. 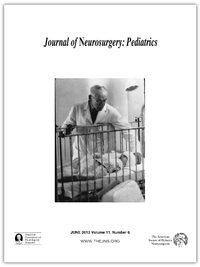