Introduction. Advancing the care of children with spina bifida, prenatally and postnatally 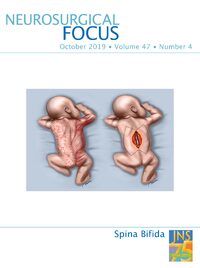