TO THE EDITOR: I read with great interest the article by Vasudeva et al.6 (Vasudeva VS, Chi JH, Groff MW: Surgical treatment of aggressive vertebral hemangiomas. Neurosurg Focus 41(2):E7, August 2016). Vasudeva et al. reported their experience in treating aggressive vertebral hemangiomas. They retrospectively reviewed the departmental database, considering the period between 2008 and 2015, and identified 5 patients (3 with thoracic and 2 with lumbar lesions). In their study, gross-total resection or subtotal resection in combination with vertebroplasty or adjuvant radiation therapy to treat residual tumor was reported as sufficient in the treatment of aggressive vertebral hemangiomas. They stated that en bloc resection perhaps provides a similar oncological benefit, but it carries higher morbidity to the patient.

I agree with their conclusion and would like to remark on the role of surgery for these lesions. Our group recently reported a case of an extensive T6–7 vertebral hemangioma treated primarily with radiotherapy at another hospital.5 Unfortunately, a collapse of the involved vertebral bodies resulted at the time of the 5th fraction of radiotherapy, and a posterior decompression and fixation with sublaminar hooks was performed to give space to the spinal cord and reduce spinal instability.

Afterward, the patient was referred to our hospital, and we performed a T6–7 corpectomy followed by the insertion of a titanium expandable cage via a transthoracic approach, to restore the sagittal alignment and obtain a histological diagnosis.

According to a literature review, case series have demonstrated good results in using radiotherapy for vertebral hemangiomas.2 Nevertheless, the risk of vertebral collapse has been reported,3 and data regarding structural changes of the lesion after radiotherapy are very limited.4

Dang et al.1 proposed an algorithm of treatment in which radiotherapy, vertebroplasty, or alcohol injection were indicated for patients affected by pain or mild neurological deficit, and in cases of epidural or paravertebral extension of the lesion. Surgery was suggested for cases of rapid progression or severe neurological deficit. No indication about width of hemangiomas was given.

We proposed a new algorithm of treatment based on the symptoms of the patient and width of the lesion. We suggested radiotherapy or vertebroplasty alone for patients who are asymptomatic but with a wide lesion, or in patients affected by pain who have small lesions. We proposed surgery for patients affected by pain who have wide lesions, for cases in which the lesion invades the spinal canal, or in the presence of neurological deficits.

Considering the tendency of aggressive vertebral hemangiomas to grow, invade the spinal canal, and give symptoms, I agree with Vasudeva et al. about the major role of surgery for these lesions and the adjuvant role of radiotherapy or vertebroplasty.

We thank Dr. Nigro for his thoughtful response to our recent publication. Because of the lack of prospective trials regarding the management of aggressive vertebral hemangiomas, there is currently a wide practice variability in the way surgeons approach these lesions. Based on our own experience and careful review of the existing literature, we believe that it is reasonable, in patients who have mild, slowly progressive symptoms, to manage the disease nonoperatively with embolization, vertebroplasty, or radiation. Resection with preoperative embolization should be considered for patients in whom nonoperative management fails or who have severe, rapidly progressive symptoms. The goal of surgery is gross-total resection. However, if tumor is left behind, the residual should be either treated with radiation or obliterated with vertebroplasty. Finally, en bloc resection should not be performed because it does not have a proven oncological benefit over piecemeal resection and exposes the patient to a higher risk of complications.

Dr. Nigro discusses the case of a patient with an aggressive vertebral hemangioma that was recently reported in Neurosurgical Review.1 This patient presented with intermittent back pain and was found to have an aggressive vertebral hemangioma involving the T-6 and T-7 vertebral bodies. He underwent radiation therapy, which was complicated by a pathological compression fracture resulting in a kyphotic deformity, spinal cord compression, lower-extremity weakness, and myelopathy. This patient then underwent several subsequent surgeries, including a decompressive laminectomy and T6–7 corpectomy with cage reconstruction, resulting in partial improvement of his symptoms.

Based on this case report, Dr. Nigro proposes a treatment algorithm that is different from our own in certain regards. He proposes that asymptomatic patients with incidentally discovered intracompartmental hemangiomas (not aggressive) should be treated with kyphoplasty or radiation therapy if the lesions are > 3 cm in width. He also proposes that resection is mandatory if a patient has an aggressive vertebral hemangioma with any neurological deficit—even if it is minor. We disagree with Dr. Nigro on these points. Asymptomatic intracompartmental hemangiomas are common incidental findings and, even if they are > 3 cm in size, they are not commonly associated with mechanical instability, they rarely progress to develop aggressive histopathological features, and in general they do not require any treatment or surveillance. Furthermore, we believe that in patients with aggressive vertebral hemangiomas who have mild, slowly progressive neurological deficits (for example, radiculopathy) the disease can usually be managed nonoperatively with vertebroplasty, radiation therapy, or embolization. Only rarely would this be an indication for a focal operation to address the neurological deficit. We do, however, agree that patients with aggressive vertebral hemangiomas who have severe, rapidly progressive neurological deficits should undergo prompt surgery for decompression, resection of the lesion, and spinal reconstruction when necessary. 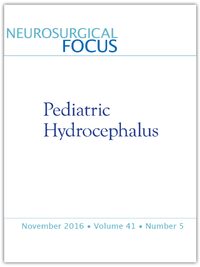