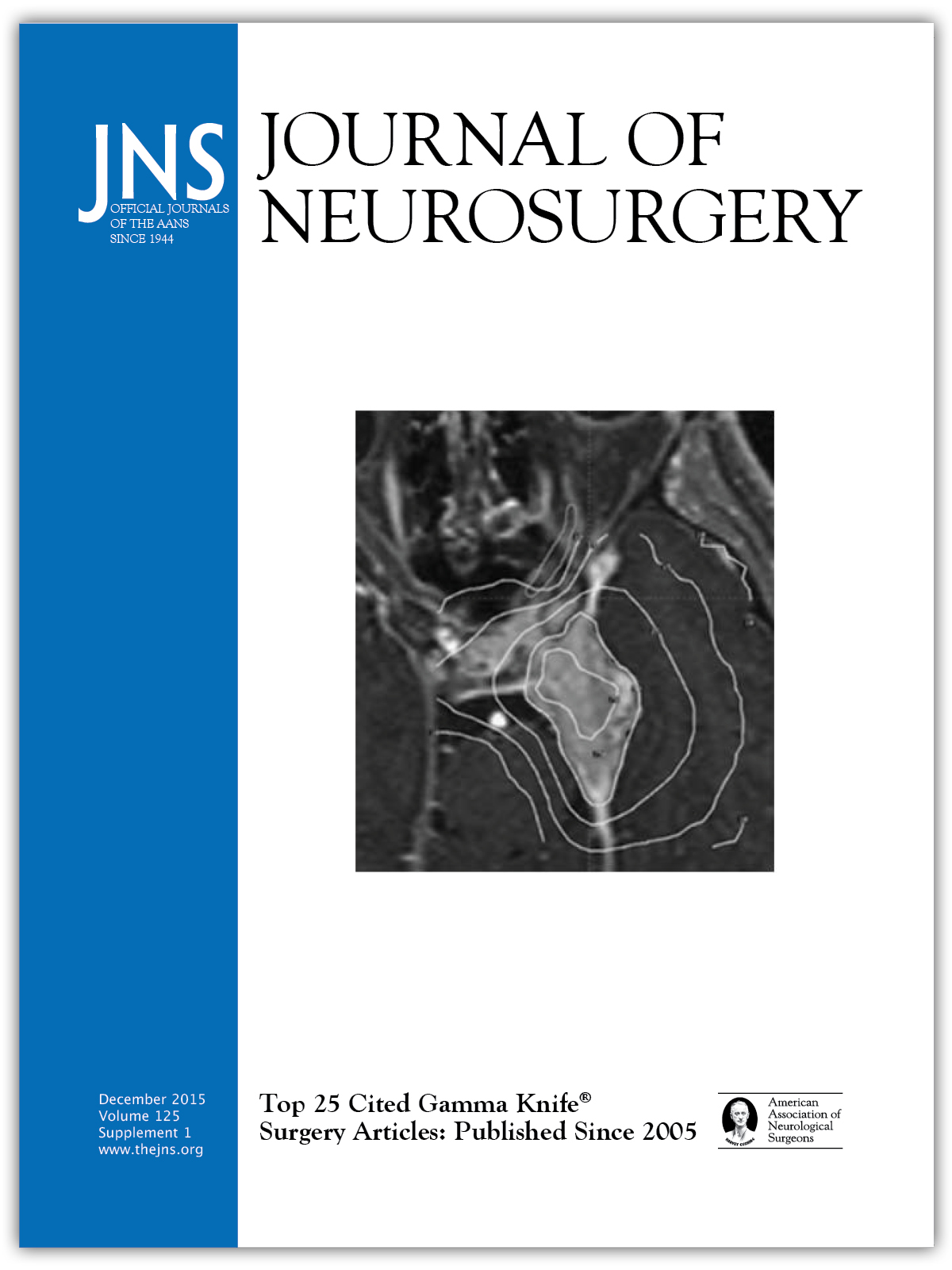 Methods. Eighty patients harboring a vestibular schwannoma (excluding neurofibromatosis Type 2) were treated using GKS between May 1991 and December 1993. Among these, 73 patients were assessed; seven were lost to follow up. The median duration of follow up was 135 months. The mean patient age at the time of GKS was 56 years old. The mean tumor volume was 6.3 cm3, and the mean maximal and marginal radiation doses applied to the tumor were 28.4 and 14.6 Gy, respectively. Follow-up magnetic resonance images were obtained in 71 patients. Forty-eight patients demonstrated partial tumor remission, 14 had tumors that remained stable, and nine demonstrated tumor enlargement or radiation-induced edema requiring resection. Patients with larger tumors did not fare as well as those with smaller lesions. The actuarial 10-year progression-free survival rate was 87% overall, and 93% in patients with tumor volumes less than 10 cm3. No patient experienced malignant transformation.

Conclusions. Gamma knife surgery remained an effective treatment for vestibular schwannomas for longer than 10 years. Although treatment failures usually occurred within 3 years after GKS, it is necessary to continue follow up in patients to reveal delayed tumor recurrence.