Treatment of hydrocephalus determined by the European Orbis Sigma Valve II survey: a multicenter prospective 5-year shunt survival study in children and adults in whom a flow-regulating shunt was used

Object. The goal of this study was to evaluate the long-term results of a flow-regulating shunt (Orbis Sigma Valve [OSV] II Smart Valve System; Integra NeuroSciences, Sophia Antipolis, France) in the treatment of hydrocephalus, whether it was a first insertion procedure or surgical revision of another type of shunt, in everyday clinical practice in a multicenter prospective study.

Methods. Patients of any age who had hydrocephalus underwent implantation of an OSV II system. The primary end point of the study was defined as any shunt-related surgery. The secondary end point was a mechanical complication (shunt obstruction, overdrainage, catheter misplacement, migration, or disconnection) or infection. The overall 5-year shunt survival rates and survival as it applied to different patient subgroups were assessed.

Five hundred fifty-seven patients (48% of whom were adults and 52% of whom were children) were selected for OSV II shunt implantation; 196 patients reached the primary end point. Shunt obstruction occurred in 75 patients (13.5%), overdrainage in 10 patients (1.8%), and infection in 46 patients (8.2%). The probability of having experienced a shunt failure—free interval at 1 year was 71% and at 2 years it was 67%; thereafter the probability remained quite stable in following years (62% at the 5-year follow-up examination). No difference in shunt survival was observed between the overall pediatric (≤ 16 years of age) and adult populations. In the pediatric age group, however, there was a significantly lower rate of shunt survival in children younger than 6 months of age (55% at the 5-year follow-up examination).

Conclusions. In this prospective study the authors demonstrate the effectiveness of flow regulation in the treatment of hydrocephalus both in children and in adults. Flow-regulating shunts limit the incidence of overdrainage and shunt-related complications. The overall 5-year shunt survival rate (62%) compares favorably with rates cited in other recently published series. 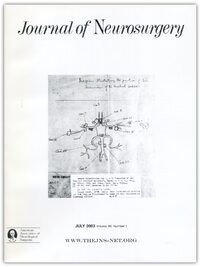