Bilateral stimulation of the subthalamic nucleus in patients with Parkinson disease: a study of efficacy and safety

Object. Palliative neurosurgery has reemerged as a valid therapy for patients with advanced Parkinson disease (PD) that is complicated by severe motor fluctuations. Despite great enthusiasm for long-term deep brain stimulation (DBS) of the subthalamic nucleus (STN), existing reports on this treatment are limited. The present study was designed to investigate the safety and efficacy of bilateral stimulation of the STN for the treatment of PD.

Methods. In 12 patients with severe PD, electrodes were stereotactically implanted into the STN with the assistance of electrophysiological conformation of the target location. All patients were evaluated preoperatively during both medication-off and -on conditions, as well as postoperatively at 3, 6, and 12 months during medication-on and -off states and stimulation-on and -off conditions. Tests included assessments based on the Unified Parkinson's Disease Rating Scale (UPDRS) and timed motor tests.

The stimulation effect was significant in patients who were in the medication-off state, resulting in a 47% improvement in the UPDRS Part III (Motor Examination) score at 12 months, compared with preoperative status. The benefit was stable for the duration of the follow-up period. Stimulation produced no additional benefit during the medication-on state, however, when compared with patient preoperative status. Significant improvements were made in reducing dyskinesias, fluctuations, and duration of off periods.

Conclusions. This study demonstrates that DBS of the STN is an effective treatment for patients with advanced, medication-refractory PD. Deep brain stimulation of the STN produced robust improvements in motor performance in these severely disabled patients while they were in the medication-off state. Serious adverse events were common in this cohort; however, only two patients suffered permanent sequelae. 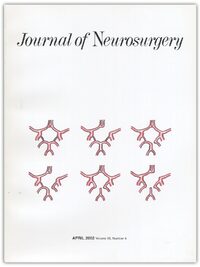