Diagnosis and management of pituitary abscess: a review of twenty-four cases

Object. Pituitary abscess is a rare but serious intrasellar infection. To better determine the salient signs and symptoms that help in making the diagnosis, and to determine the most appropriate treatment, the authors reviewed their experience in a series of 24 patients treated at the University of California at San Francisco.

Methods. Nine of the patients were female and 15 were male, and their mean age was 41.2 years (range 12–71 years). Surprisingly, most patients in our series presented with complaints and physical findings consistent with a pituitary mass, but rarely with evidence of a serious infection. Headache, endocrine abnormalities, and visual changes were the most common clinical indicators; fever, peripheral leukocytosis, and meningismus were present in 33% or fewer of the patients. Imaging tests demonstrated a pituitary mass in all patients, but the features evident on computerized tomography and magnetic resonance studies did not distinguish pituitary abscesses from other, more common intrasellar lesions. Because of the ambiguous clinical features and imaging findings, most abscesses were not diagnosed before treatment; rather, the diagnosis was made during surgical exploration of the sella turcica, when the surgeon encountered a cystic mass containing pus. There were only two deaths in this series (8.3%). Patients presenting with headache and visual changes noted improvement in almost all cases; patients with endocrine dysfunction generally did not recover normal pituitary function, but were easily treated with hormone replacement therapy.

Conclusions. Antibiotic therapy is suggested for patients who have symptoms of sepsis, or for patients in whom specific organisms are identified from cultures obtained during surgery. The transsphenoidal approach is recommended over open craniotomy for surgical drainage. 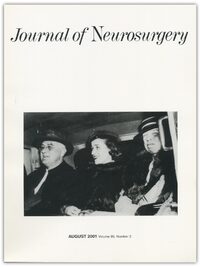