Object. The purpose of this study was to investigate the long-term effects of gamma knife thalamotomy for treatment of disabling tremor.

Methods. One hundred fifty-eight patients underwent magnetic resonance imaging—guided radiosurgical nucleus ventralis intermedius (VIM) thalamotomy for the treatment of parkinsonian tremor (102 patients), essential tremor (52 patients), or tremor due to stroke, encephalitis, or cerebral trauma (four patients). Preoperative and postoperative blinded assessments were performed by a team of independent examiners skilled in the evolution of movement disorders. A single isocenter exposure with the 4-mm collimator helmet of the Leksell gamma knife unit was used to make the lesions.

In patients with Parkinson's disease 88.3% became fully or nearly tremor free, with a mean follow up of 52.5 months. Statistically significant improvements were seen in Unified Parkinson's Disease Rating Scale tremor scores and rigidity scores, and these improvements were maintained in 74 patients followed 4 years or longer.

In patients with essential tremor, 92.1% were fully or nearly tremor free postoperatively, but only 88.2% remained tremor free by 4 years or more post-GKS. Statistically significant improvements were seen in the Clinical Rating Scale for tremor in essential tremor patients and these improvements were well maintained in the 17 patients, followed 4 years or longer. Only 50% of patients with tremor of other origins improved significantly.

One patient sustained a transient complication and two patients sustained mild permanent side effects from the treatments.

Conclusions. Gamma knife VIM thalamotomy provides relief from tremor equivalent to that provided by radiofrequency thalamotomy or deep brain stimulation, but it is safer than either of these alternatives. Long-term follow up indicates that relief of tremor is well maintained. No long-term radiation-induced complications have been observed. 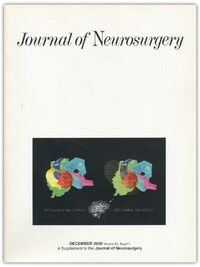