On the basis of normative and patient-specific whole-brain tractography, the authors determined the relationship between the thalamotomy lesions and the medial border of the medial lemniscus—a surrogate for the solitariothalamic gustatory fibers—after the first and second focused ultrasound thalamotomy procedures. Both tractography methods suggested partial and complete disruption of the solitariothalamic gustatory fibers after the first and second thalamotomy procedures, respectively.

The tractography findings in this unique patient demonstrate that incomplete and complete disruption of a neural pathway can induce and resolve symptoms, respectively, and serve as the rationale for ablative procedures for neurological and psychiatric disorders. 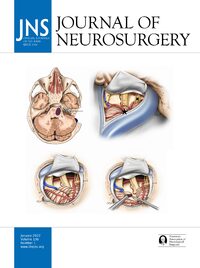