The history of neurosurgery at the House Clinic in Los Angeles

Although most widely known as the birthplace of neuro-otology, the House Clinic in Los Angeles has been the site of several major contributions to the field of neurosurgery. From the beginning of the formation of the Otologic Medical Group in 1958 (later renamed the House Ear Clinic), these contributions have been largely due to the innovative and collaborative work of neurosurgeon William E. Hitselberger, MD, and neuro-otologist William F. House, MD, DDS. Together they were responsible for the development and widespread adoption of the team approach to skull-base surgery. Specific neurosurgical advances accomplished at the House Clinic have included the first application of the operative microscope to neurosurgery, the application of middle fossa and translabyrinthine approaches for vestibular schwannoma, and the development of combined petrosal, retrolabyrinthine, and other alternative petrosal approaches and of hearing preservation surgery for vestibular schwannoma. The auditory brainstem implant, invented at the House Clinic in 1979, was the first ever successful application of central nervous system neuromodulation for restoration of function. Technological innovations at the House Clinic have also advanced neurosurgery. These include the first video transmission of microsurgery, the first suction irrigator, the first debulking instrument for tumors, and the House-Urban retractor for middle fossa surgery. 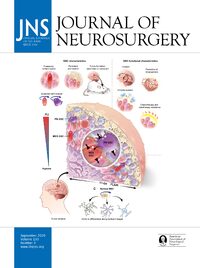