Nerve stretching: a history of tension

Stretch injuries are among the most devastating forms of peripheral nerve injury; unfortunately, the scientific understanding of nerve biomechanics is widely and impressively conflicting. Experimental models are unique and disparate, victim to different testing conditions, and thus yield gulfs between conclusions. The details of the divergent reports on nerve biomechanics are essential for critical appraisal as we try to understand clinical stretch injuries in light of research evidence. These conflicts preclude broad conclusion, but they highlight a duality in thought on nerve stretch and, within the details, some agreement exists. To synthesize trends in nerve stretch understanding, the author describes the literature since its introduction in the 19th century. Research has paralleled clinical inquiry, so nerve research can be divided into epochs based largely on clinical or scientific technique. The first epoch revolves around therapeutic nerve stretching—a procedure known as neurectasy—in the late 19th century. The second epoch involves studies of nerves repaired under tension in the early 20th century, often the result of war. The third epoch occurs later in the 20th century and is notable for increasing scientific refinement and disagreement. A fourth epoch of research from the 21st century is just dawning. More than 150 years of research has demonstrated a stable and inherent duality: the terribly destructive impact of stretch injuries, as well as the therapeutic benefits from nerve stretching. Yet, despite significant study, the precise border between safe and damaging stretch remains an enigma. 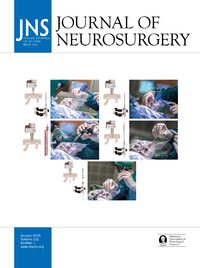