✓ This article examines the pathophysiology of lesions caused by focal cerebral ischemia. Ischemia due to middle cerebral artery occlusion encompasses a densely ischemic focus and a less densely ischemic penumbral zone. Cells in the focus are usually doomed unless reperfusion is quickly instituted. In contrast, although the penumbra contains cells “at risk,” these may remain viable for at least 4 to 8 hours. Cells in the penumbra may be salvaged by reperfusion or by drugs that prevent an extension of the infarction into the penumbral zone. Factors responsible for such an extension probably include acidosis, edema, K+/Ca++ transients, and inhibition of protein synthesis.

Central to any discussion of the pathophysiology of ischemic lesions is energy depletion. This is because failure to maintain cellular adenosine triphosphate (ATP) levels leads to degradation of macromolecules of key importance to membrane and cytoskeletal integrity, to loss of ion homeostasis, involving cellular accumulation of Ca++, Na+, and Cl−, with osmotically obligated water, and to production of metabolic acids with a resulting decrease in intra- and extracellular pH.

In all probability, loss of cellular calcium homeostasis plays an important role in the pathogenesis of ischemic cell damage. The resulting rise in the free cytosolic intracellular calcium concentration (Ca++) depends on both the loss of calcium pump function (due to ATP depletion), and the rise in membrane permeability to calcium. In ischemia, calcium influx occurs via multiple pathways. Some of the most important routes depend on activation of receptors by glutamate and associated excitatory amino acids released from depolarized presynaptic endings. However, ischemia also interferes with the intracellular sequestration and binding of calcium, thereby contributing to the rise in intracellular Ca++.

A second key event in the ischemic tissue is activation of anaerobic glucolysis. The main reason for this activation is inhibition of mitochondrial metabolism by lack of oxygen; however, other factors probably contribute. For example, there is a complex interplay between loss of cellular calcium homeostasis and acidosis. On the one hand, a rise in intracellular Ca++ is apt to cause mitochondrial accumulation of calcium. This must interfere with ATP production and enhance anaerobic glucolysis. On the other hand, acidosis must interfere with calcium binding, thereby contributing to the rise in intracellular Ca++. 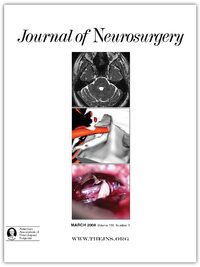