Object. Adhesion of leukocytes and their migration into the periadventitial space may be critical in the pathophysiology of vasospasm following subarachnoid hemorrhage (SAH). The cell adhesion molecules involved in this process are lymphocyte function—associated antigen—1 (CD11a/CD18) and macrophage antigen—1 (CD11b/CD18), which are present on neutrophils/macrophages, and intercellular adhesion molecule—1 (CD54), which is present in endothelial cells. A humanized monoclonal antibody (mAb), Hu23F2G, targets CD11/CD18 and prevents leukocyte adhesion to endothelial cells. In this study, systemic administration of Hu23F2G prevented vasospasm in the rabbit model of SAH.

Methods. Twenty-six New Zealand White rabbits were injected with autologous blood into the cisterna magna to induce SAH, after which they were randomized to receive injections of either Hu23F2G (10 animals) or a placebo at 30 minutes and 24 and 48 hours after SAH (six animals). Control animals underwent sham operations (four animals) or SAH alone (six animals). The animals were killed 72 hours after SAH, their bodies perfused and fixed, and their basilar arteries processed for morphometric analysis. Peripheral white blood cells (WBCs) were counted at 72 hours. The percentages of lumen patency were compared using the Student t-test. The presence of neutrophils and macrophages was confirmed by immunohistochemical analysis in which a rat anti—rabbit anti-CD18 mAb and cresyl violet were used.

Conclusions. This study supports the concept that leukocyte—endothelial cell interactions play an important role in the pathophysiology of chronic vasospasm after SAH. Systemic therapy with an anti-CD11/CD18 mAb prevents vasospasm after SAH by inhibiting adhesion of neutrophils and macrophages and their migration into the periadventitial space. 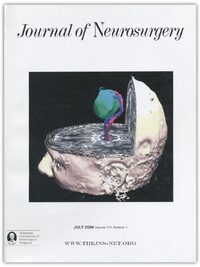